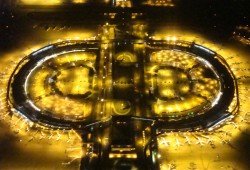 Dallas/Fort Worth International Airport in February began a phased, seven-year Terminal Renewal and Improvement Project (TRIP) to modernize four of its five terminals, built in 1974.

But those are just the changes travelers will see. Behind the scenes, the first phase includes replacement of all Terminal A building systems, including electrical, plumbing, HVAC, fire protection, security, building management, and voice and data. Prism Electric will execute all portions of the electrical work.

TRIP will be phased so as not to disrupt day-to-day airport operations. The construction manager is BARC, a team of four contractors: Balfour Beatty Construction, Azteca Enterprises, H.J. Russell & Co. and CARCON.