Progress Shots from the Heart Hospital at Baylor Plano Project 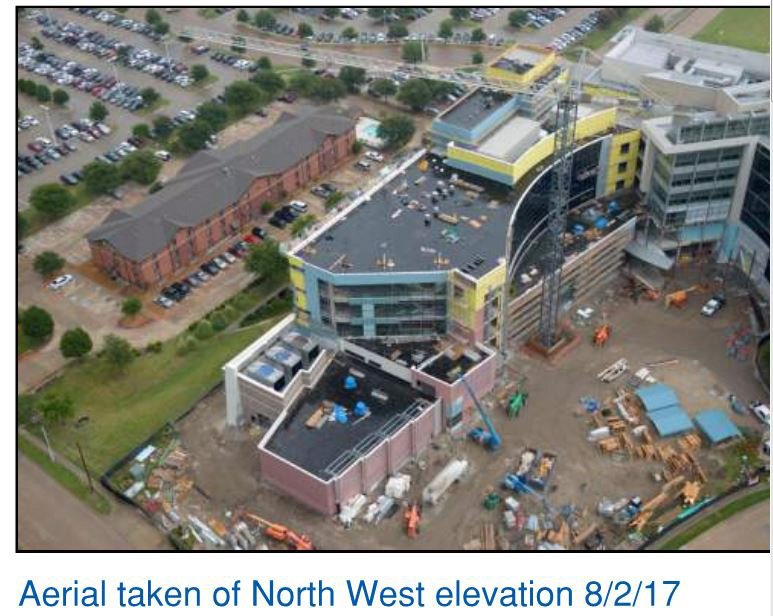 What a difference a year makes! Two of these pictures were taken in August, 2016. Two were taken earlier this month. The whole team is making terrific progress. Our team is also making a great impression on our client, MEDCO Construction. The following quote is from Jim McSweeney of MEDCO.

“Wanted to take a moment to thank our subcontractor partners for your assistance both on site and behind the scenes in accomplishing two major milestones here – building enclosure and CUP start up – for our project; both of which are on the verge of completion.  Attached are some photos of where we began a year ago (August 2016) and today so you can appreciate what you’ve accomplished on this site thus far.  THH North Tower Expansion project has without question, come a long way in terms of construction.  That’s why it’s important to recognize each of you as having played a major role in bringing to life a world class medical facility for one of the finest healthcare systems in the country.  Your expertise and contributions will help to bring lifesaving cardiovascular services to not only this community but to those around the country seeking the best heart health care possible.  And don’t ever forget that while working in one of the most dangerous businesses around, you’ve completed the work in the safest manner possible; our record proves it!  It doesn’t get a whole lot better than that.”