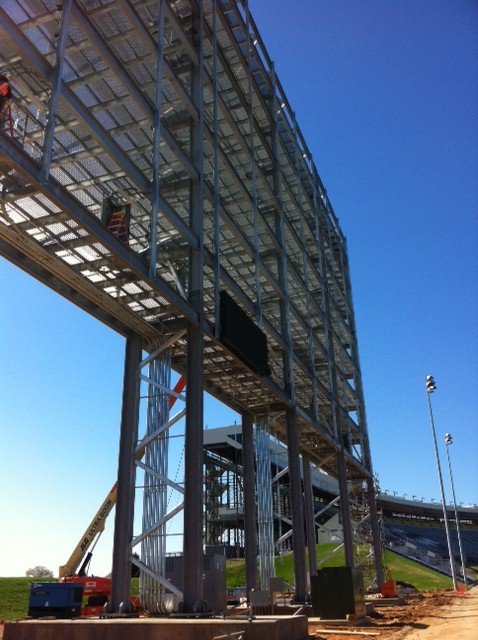 Not to be outdone by the growing number of sports arenas with jumbo video screens, Charlotte Motor Speedway in North Carolina teamed up with Panasonic to build a 720d video board, reportedly the world’s largest.

Prism Electric provided electrical connections for the video board, which weighs in at 165,000 pounds and covers an area of 16,000 square feet. The video board surpasses the behemoth screen at Cowboys Stadium in Texas, which Prism Electric also helped to complete. Apparently there are no hard feelings: At one phase of construction, former Cowboys football player Ed “Too Tall” Jones was on hand at the racetrack as the American flag was ceremoniously secured atop the 500,000-pound steel support frame.

The project is another win for Prism Electric, which has earned global recognition for its jumbo HD video screen expertise.