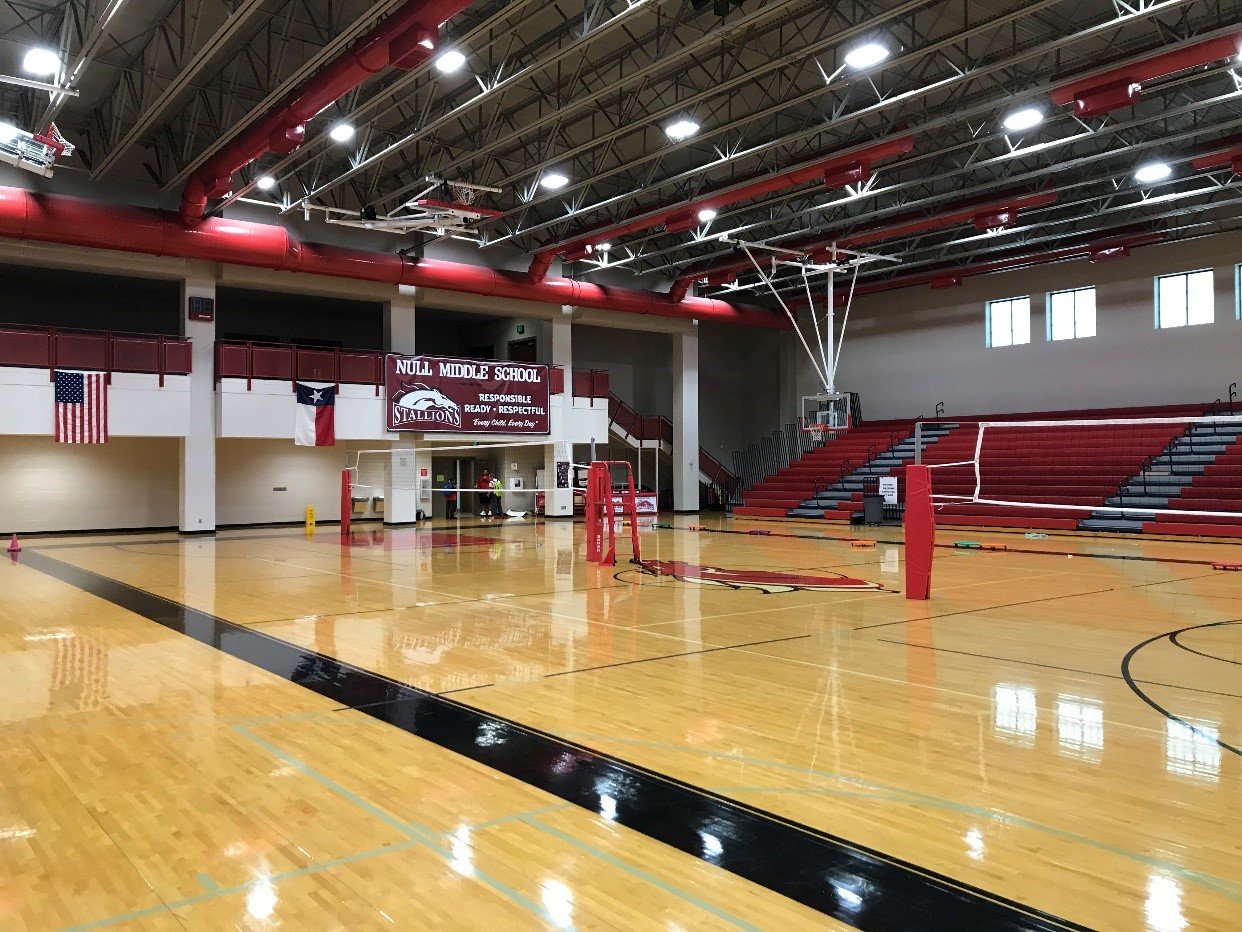 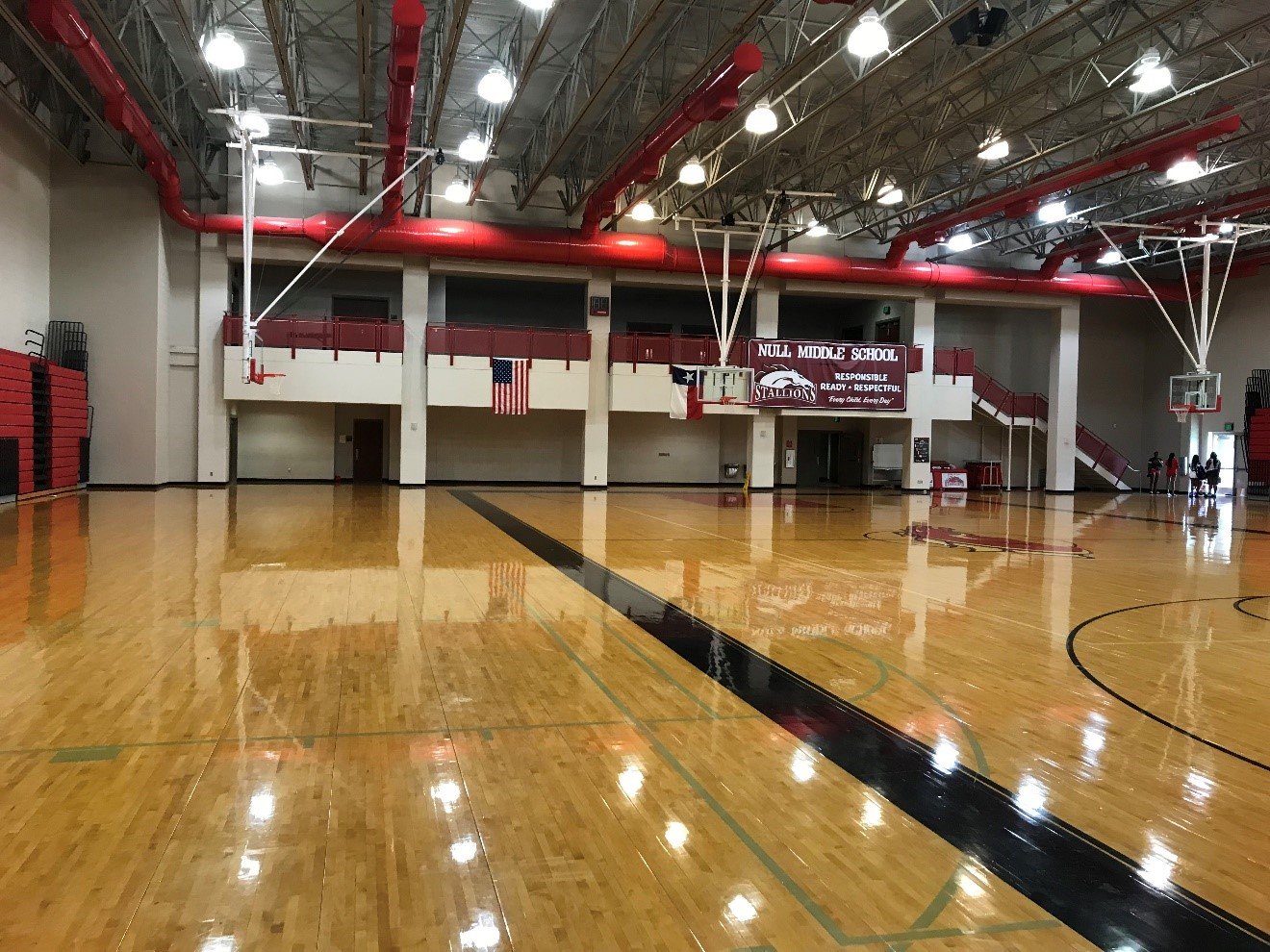 Prism Electric was tasked by the Sheldon Independent School District to come up with an LED solution for the two gymnasiums at M.R. Null Middle School. The school was built in 2009 and used multi-lamp compact fluorescent high bay fixture in lieu of traditional metal halide in an attempt to save energy. The standard 400Watt metal halide would have consumed 458W of energy compared to the 334W the compact fluorescent would. However, there were unforeseen consequences that ultimately made this the bad choice. Compact fluorescent lamps have a shorter life span than metal halide and with lamps constantly going out all over the gym light levels were never over 30footcandles which was the requirement from the beginning. Maintenance staff had difficulty in scheduling time during the school year to get access to put plywood down so they could use a lift to go around and replace lamps. This ultimately proved costly to do each year.

Prism Electric did several photometric layouts to find the best solution. The final design used a 135W LED high bay fixture in a one for one replacement that achieved the increased light levels that were needed and provided better uniformity across the gym floor eliminating dark areas.

Prism Electric was able to provide a complete new LED lighting system that lowered energy consumption by 60% while increasing light levels over the 30fc avg requirement. We also were able to provide them with a 10yr warranty where we will replace any fixture that fails at no additional cost to the school district. 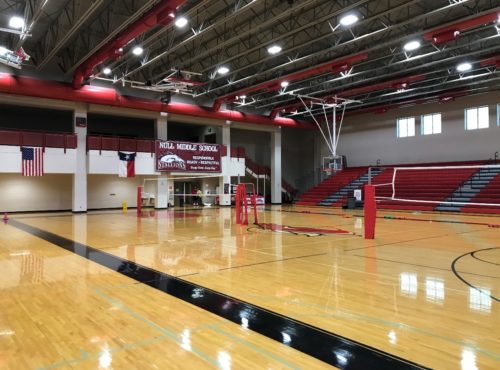 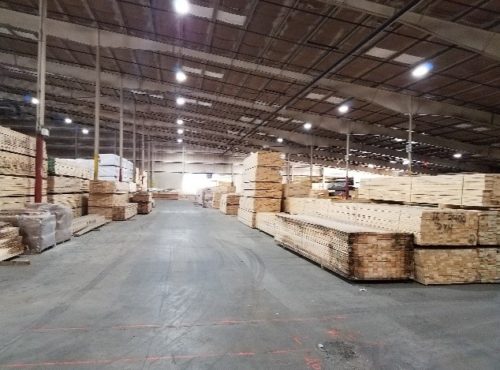 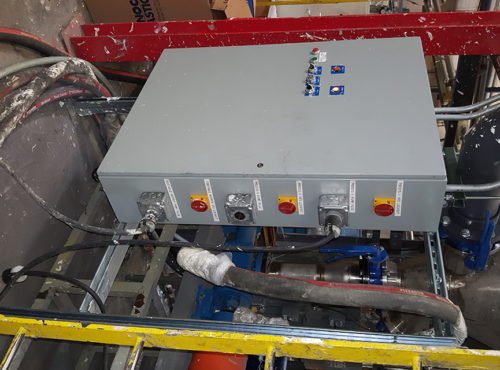 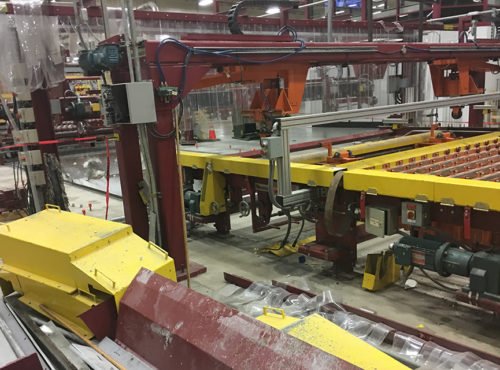 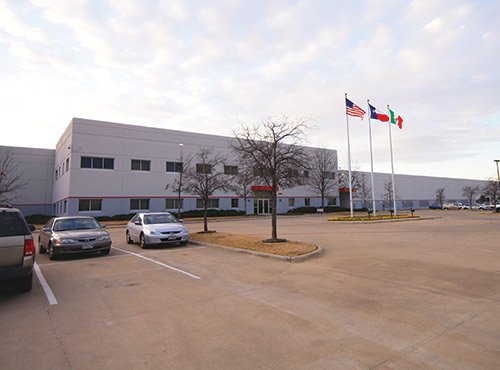 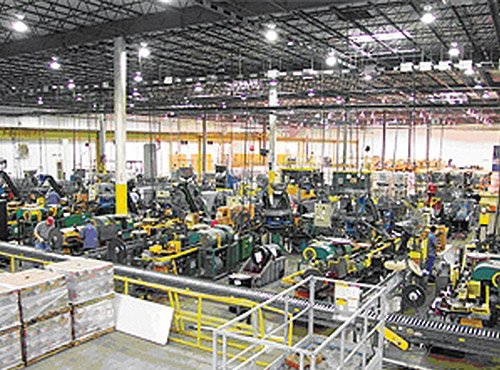 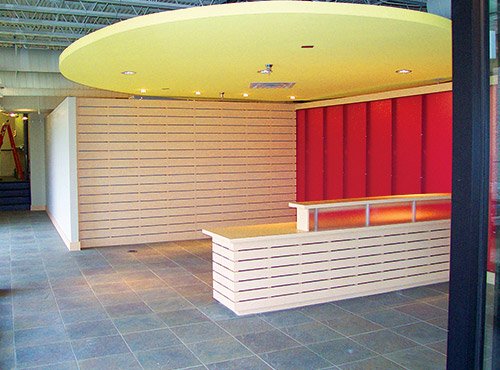 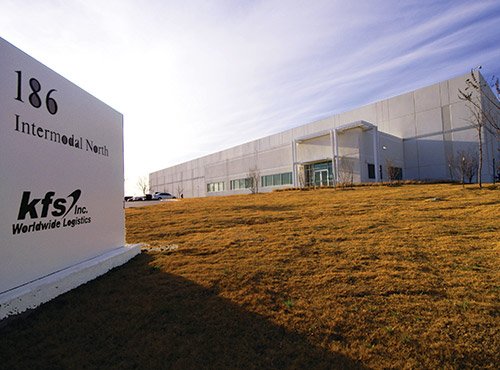 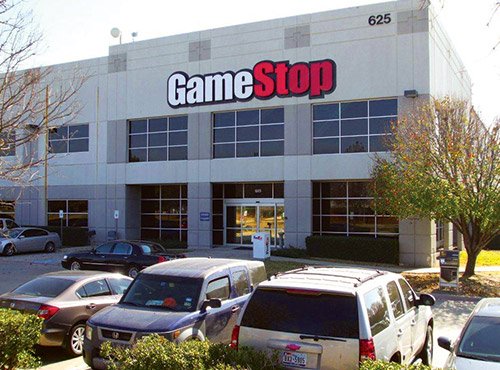 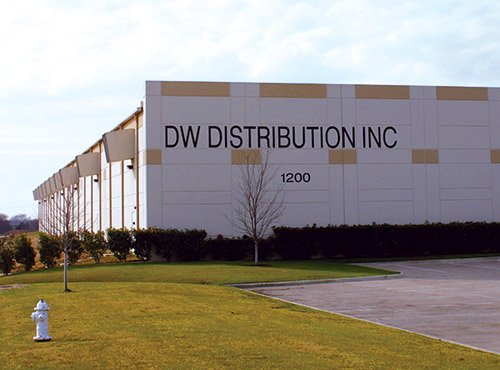